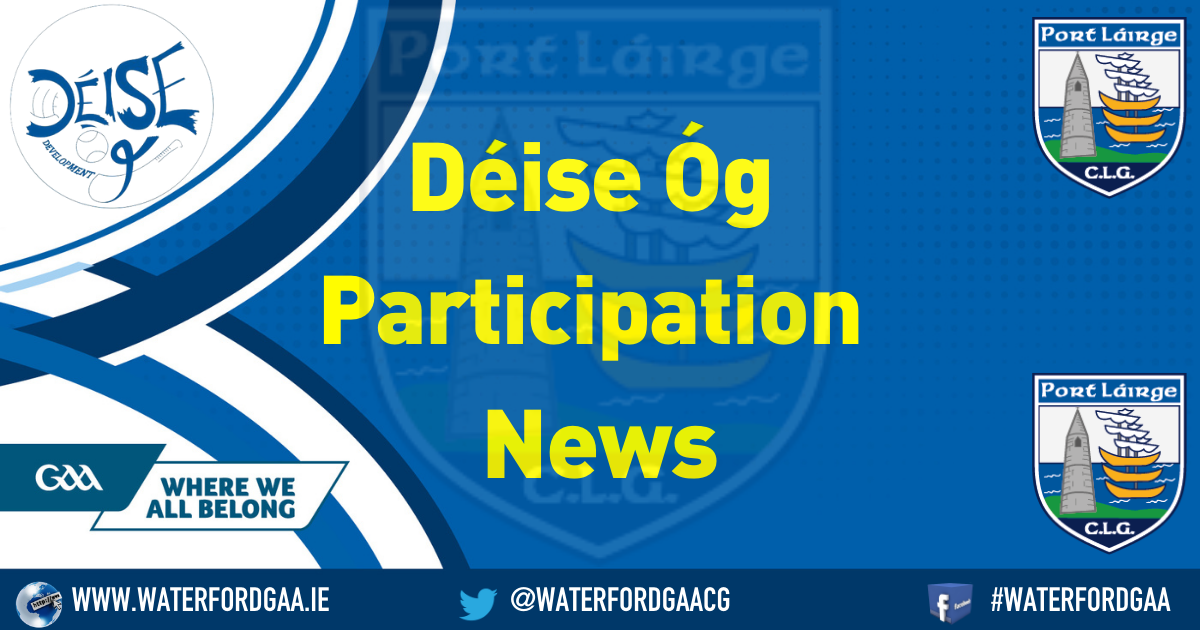 As part of the coaching being run by our Déise Óg GDA’s each week in the GDA Divisions we will have games for boys born in 2009 over the Easter Holidays. The format will be same as previous blitzes in Carriganore and Ardmore with players from different clubs mixed together. On both dates we will be playing against players from clubs in Cork who will be in mixed teams the same way. All players will play 3 games each day.

Thur 14th April Gaelic Football in Killeagh GAA Club. Players must make own way to Killeagh for 10.30am for games starting at 11am.

Thur 21st April Hurling in WIT Arena, Carriganore. Players must make own way to WIT Arena for 10.30am for games starting at 11am.