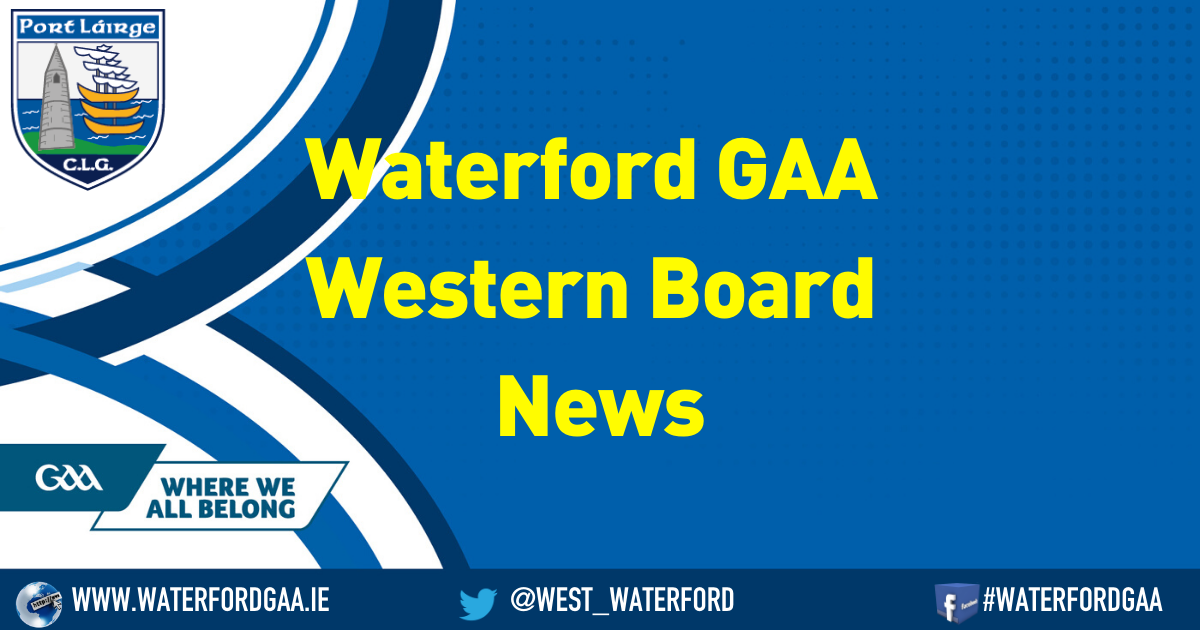 Fraher Field Dungarvan was the venue last Sunday for this year's Western Intermediate & Junior A football finals. In near perfect conditions it was the men from the Shamrocks who came out on top in a very entertaining game against their near neighbours Tallow. Three western titles in a row now for Shamrocks as they head into this year's county final.

In the Intermediate Final we saw a hard fought battle between Dungarvan and Modeligo. Modeligo had one hand on the title as full time approached but a late free saw the Dungarvan men push this one into extra time. Two ten minute periods saw Dungarvan gain control to become Western Intermediate Champions for 2020 with a two point victory.

Dungarvan will now play Kill in this year's Intermediate County Final and Shamrocks will take on Roanmore in the Junior A decider this coming weekend.

Thank you for your cooperation!

The Western Board certainly had a busy few months in this year's Western football and Hurling Championships with games running off in record time in most grades. We would like to sincerely thank everyone who helped us achieve this as without everyone's cooperation it would not have been possible due to a heavy schedule of matches. A mention to all clubs who facilitated matches from week to week. Well done to all those on Community Employment Schemes, their supervisors and club volunteers who keep grounds so well maintained around our county, its a credit to each club. Fraher field was another venue which was used constantly over the last number of weeks with a special mention to Ollie & also to Geraldine CE Supervisor for all their help. Under current Covid guidelines the role of stewards & gate people were never so important this year and we are indebted to everyone of them for their help around West Waterford venues over the last number of months. Thanks also to those who officiated at games, often more than one game a day to cover at different venues and finally thanks to Clubs, mentors, players, spectators who worked with us during unprecedented times to make sure we could all once again enjoy our games.

Matches may be subject to change so for match updates on times and venues: Please keep an eye on the Waterford GAA Website: www.waterfordgaa.ie and the Western Board Twitter Page @west_waterford  John Supple PRO