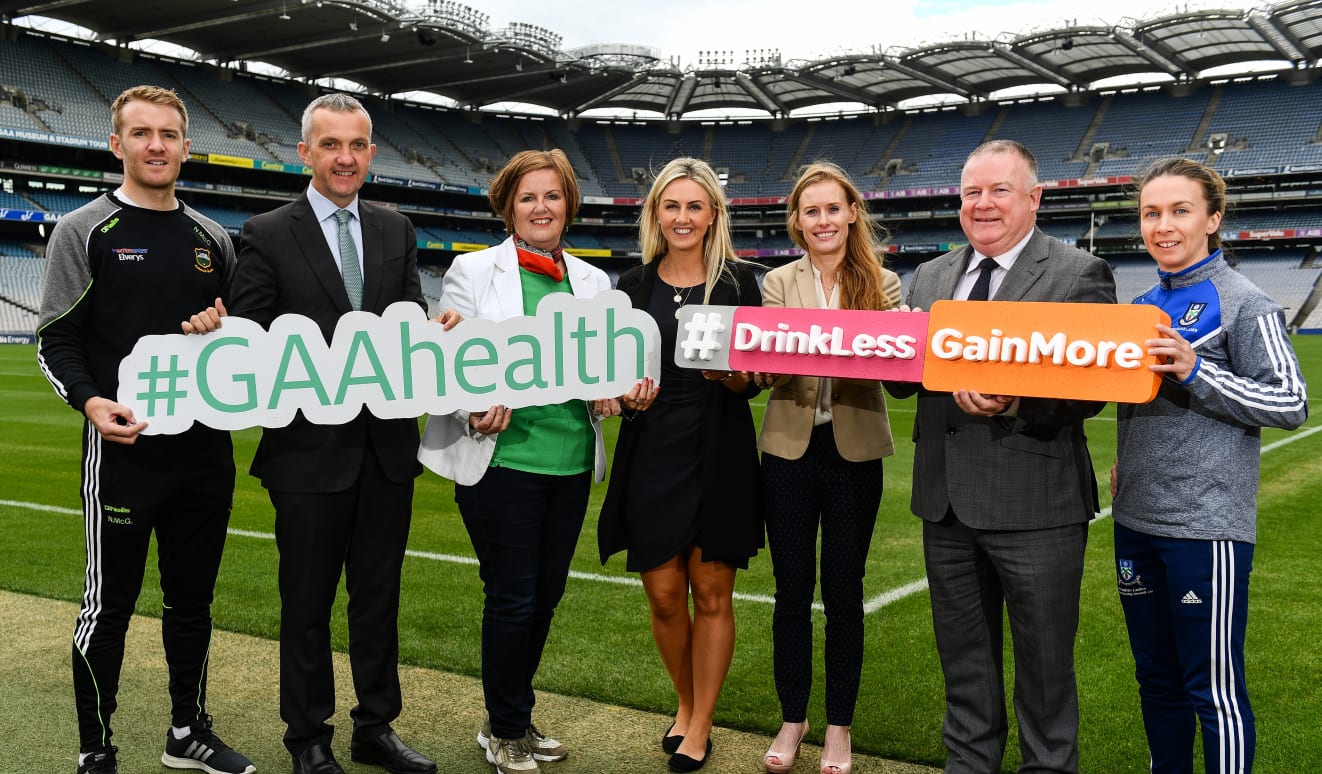 Playing underage sport in Ireland in the 1980s occasionally involved attending some club function or other in the local pub.

A lack of appropriate community facilities meant that the lounge or the backroom of a village bar was often the most convenient place to hold medal presentations (if you were lucky enough to win something) or occasionally be treated to some post-match carb-loading and rehydration (which, in that era, meant crisps and red lemonade).

Times have changed. There is now a greater understanding of the importance of appropriate settings for any gatherings involving young people, and the potential negative impact of early exposure to alcohol in any context. The GAA’s long-standing ASAP programme (Alcohol and Substance Abuse Prevention) – a partnership with the HSE that commenced in 2006 – has played a major part in better informing our clubs of the positive role they can play regarding members’ lifestyle choices.

By 2013 over 700 GAA clubs had substance use policies in place – work that was driven by ASAP officers at both club and county level. In 2014, these roles changed to Healthy Club Officers, while counties put in place Health & Wellbeing Committees, reflecting the GAA’s expansion into other areas of health promotion including mental health, healthy eating, physical activity for non-playing members, and diversity and inclusion. The importance of taking a ‘healthy setting’ approach to where we live, work, and in the GAA context, play, is also evident in the large number of our clubs opting to become smoke-free venues.

While this work continues apace, with another 150 entering the Healthy Club Project on February 1st (bringing the total number of clubs engaged to 300), there is a renewed conversation taking place in Irish society on the topic of substance use. To ensure our clubs are kept abreast of best practice in the area, the Community & Health Department in Croke Park has been working with the appropriate statutory bodies, such as the HSE, the Alcohol Forum, and the Regional Drug & Alcohol Task Forces (DATF) in the 26 counties and the Drug & Alcohol Community Teams (DACTs) in the 6 counties.

The result of this work is now being made available to all GAA units in the form of:

· strengthened links with suitably accredited agencies, ensuring all GAA units can access expert advice and support in their local community

While cocaine and other ‘club or recreational drugs’ have dominated public discourse recently, the experts we spoke with were at pains to emphasise that the most harmful drug in Ireland remains, by some degree, alcohol. Paula Leonard, Lead, National Community Action on Alcohol Programme with the Alcohol Forum, explains:

“Although the total amount of alcohol consumed by young people has declined in the last twenty years, it is still a significant public health concern. According to the most recently published research, 74% of 15-16 year-olds in Ireland have tried alcohol and 28% have engaged in binge drinking. Due to their young age, stage of brain development and lack of life experience, adolescents are at significant risk of both short-term and long-term alcohol related harms. Starting to drink before the age of 15 years of age means that a young person’s likelihood of developing alcohol dependency is increased four-fold.”

The dynamic between athletes and alcohol is complex, with team-sport players tending to drink less than their peers over the course of a year but when they do consume alcohol, they tend to binge-drink more particularly during off season. Binge drinking is defined by health experts, such as the World Health Organisation (WHO), as six or more standard drinks in one session, which is the equivalent of three or more pints of beer or six or more pub measures of spirits. That comes as quite a shock to most Irish people.

To help address this, the GAA in 2018 partnered with the HSE to highlight at a full-house All Ireland semi-final in Croke Park their new #DrinkLessGainMore awareness campaign and website www.askaboutalcohol.ie While the percentage of the 1,600 GAA clubs in Ireland with a licensed premises is very small, a number of clubs in that category in north Dublin are working on achieving the Safer Alcohol Mark (SAM) thanks to training for their bar staff delivered by the North Dublin Regional DATF. This is based on the Australian ‘Good Sports’ programme which has recorded significant positive impacts for participating clubs.

In the current societal climate, clubs are also seeking advice on how they can best safeguard their members against the harms associated with substance use. The starting point is to recognise and celebrate the fact that research suggests involvement in a community-based sports club acts as a protective factor against substance use.

When it comes to education and awareness, acting on evidence and fact is essential. The latest prevalence data from Drugs.ie shows that 4.4% of 15-34-year-olds in Ireland had used the club drug MDMA in the past year. Lifetime cocaine use (having used it at any time in one’s life) has increased when compared to 2010/11 data with the proportion of young adults (15-34) reporting the use of cocaine in their lifetime increasing from 9% to 11%. While such figures are significant, they contradict the narrative that ‘all young people are doing drugs’. Such a narrative is disparaging to the young people who chose not to use substances – the majority. It can also suggest to an audience that discourse regarding illegal drugs is sensationalised, causing them to potentially disregard factual information about the dangers of substance use.

Research also shows that once-off talks on the topic of substance use has little or no impact on behaviour change. Instead, the first step should be to ensure that your club has an up-to-date substance use policy in place and that members are made aware of its content. A detailed draft policy is available for all club/county executives to review and adopt (download a copy HERE).

Once this is in place, it is worthwhile launching the policy in collaboration with representatives from your regional DATF or DACT and community liaison officers from An Gardai Siochana or the PSNI. Such experts can provide age-appropriate, evidence-based information and advice. Foroige, the national youth development organisation, is well placed to provide age-appropriate education for younger members. Parents remain the primary educators and despite the influence of peer pressure, social media and marketing, continue to be the single biggest influence on their children and teenagers. Many clubs seek to support parents’ by facilitating workshops, again delivered by appropriately qualified bodies such as those listed above.

A coach is often well placed to help inform a squad of a club’s policy in the area of drugs and alcohol. We have found that when speaking to players on health-related topics it is worthwhile to use their language. An athlete is involved with a club or team because they love sport. If the information provided to them – be it pertaining to diet, the importance of sleep, or substance use – is framed in the context of sporting performance they may be more likely to take that advice onboard. Afterall, they are committing significant time to becoming the best player they can be. They may not be aware of the negative impact substance use will have on performance.

While a policy is important in making clear to all members a club’s position regarding substance use, it is important to remember the old business maxim that ‘culture eats strategy for breakfast’. In other words, you can have the best policy in the world but if it isn’t lived through the values and culture of your club, it isn’t worth the paper it is written on.

This article also appears in the GAA’s Club Newsletter for February in addition to some additional articles and resources regarding the ASAP programme. You can also access and download all relevant information and resources, including the ASAP manual, draft club policy, and some useful presentations at www.gaa.ie/community