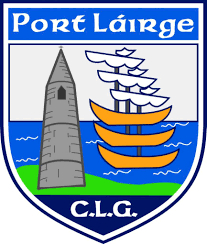 The County Final of the 2019 U13 Hurling Larry Quinn Skills took place on Thur 20th June in Mount Sion club grounds. After GDA Divisional Finals last week 5 qualifiers from each GDA Division took part in the finals. Once again the standard of skills on show was excellent with very little between the players. The players were tested in 5 Skill Challeneges including Sideline Cuts, Ground Strike, Slalom Solo, Long Strike & Strike off Hurl on the run. After all had completed the challenges Gearóid Power from Clonea was crowned the champion just ahead of joint second place pair Caolan MacCathmhaoil Ferrybank & Patrick Mackey. This means that next years County Final will be in Clonea as is the tradition of the winners club hosting following year final. Thanks to Mount Sion for hosting and providing refreshments for players and parents alike on the night

Finalists on the night were