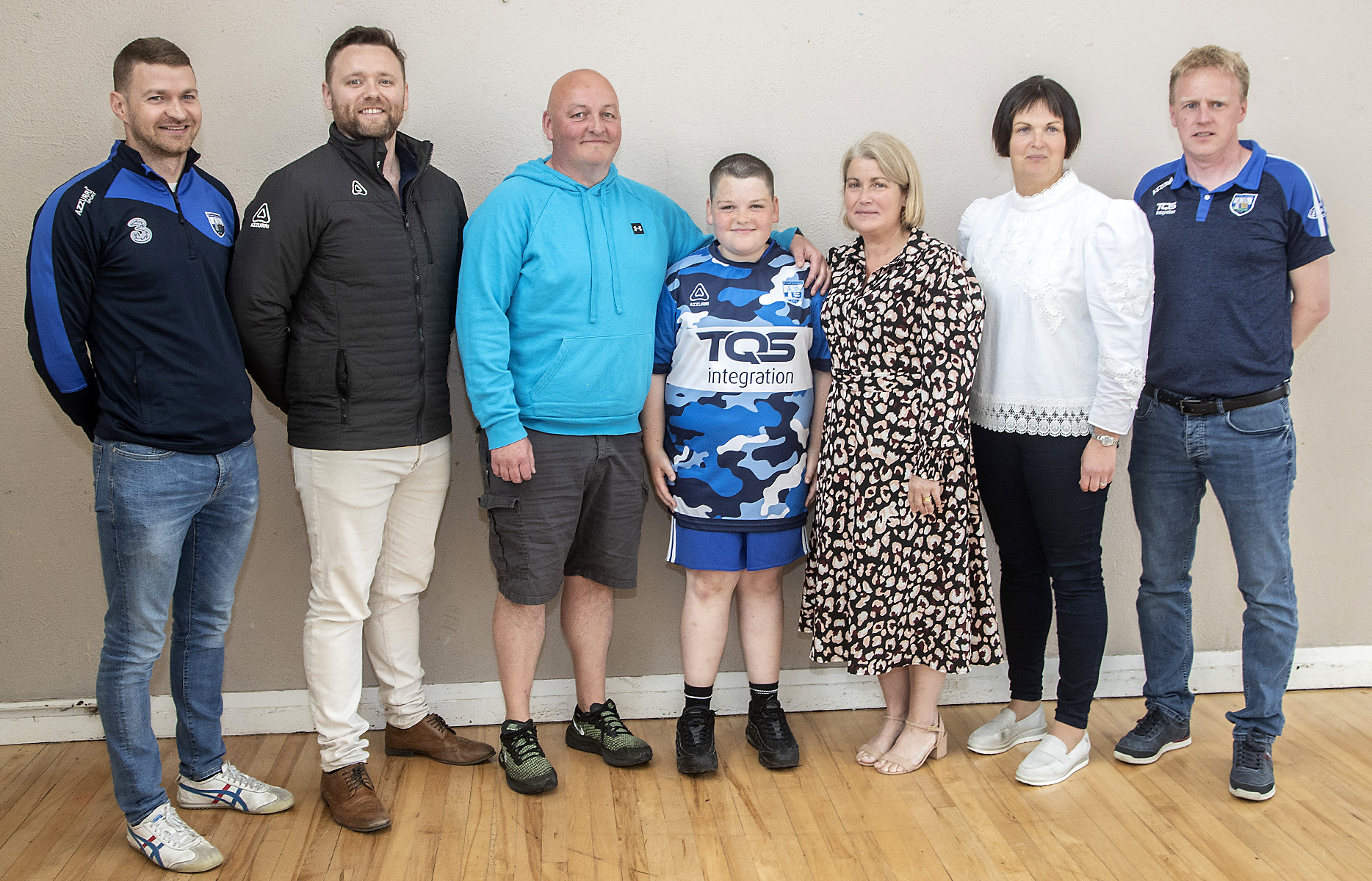 We were delighted to launch the winning jersey from our recent Design a Jersey competition. Guest of honour for the launch which took place in St Joseph’s Schools Dungarvan was the winner Stephen Moynihan. The excitement from all the pupils in the schools when the jersey was revealed was huge with everyone very impressed. Stephen was presented with the first Jersey by Jack Molloy from Azzurri & Waterford GAA Games Manager Eoin Breathnach. Principal of St Joseph’s Maeve Saunderson spoke of the pride the school  and Stephen’s family had in Stephen being chosen as the winner our of over 500 entries in 2022.

No doubt the jersey will be very popular across the county in the coming weeks. It is available in Elvery’s Sports shops and online at www.azzurri.ie.

Well done to Stephen on a fantastic design.